4)Among the more colorful characters of Leadville’s golden age were H.A.W.Tabor and his second wife,Elizabeth McCourt,better known as “Baby Doe”.Their history is fast becoming one of the legends of the Old West.Horace Austin Warner Tabor was a school teacher in Vermont.With his first wife and two children he left Vermont by covered wagon in 1855 to homestead in Kansas.Perhaps he did not find farming to his liking,or perhaps he was lured by rumors of fortunes to be made in Colorado mines.At any rate,a few years later he moved west to the small Colorado mining camp known as California Gulch,which he later renamed Leadville when he became its leading citizen. “Great deposits of lead are sure to be found here.”he said.

As it turned out,it was silver,not lead,that was to make Leadville’s fortune and wealth. Tabor knew little about mining himself,so he opened a general store,which sold everything from boots to salt,flour,and tobacco.『It was his custom to “grubstake” prospective miners,in other words,to supply them with food and supplies,or “grub”, while they looked for ore,in return for which he would get a share in the mine if one was discovered.』①He did this for a number of years,but no one that he aided ever found anything of value.

Finally one day in the year 1878,so the story goes,two miners came in and asked for “grub”. Tabor had decided to quit supplying it because he had lost too much money that way.These were persistent, however,and Tabor was too busy to argue with them. “Oh help yourself.One more time won’t make any difference,” He said and went on selling shoes and hats to other customers.the two miners took $17 worth of supplies,in return for which they gave Tabor a one-third interest in their findings.They picked a barren place on the mountainside and began to dig.After nine days they struck a rich vein of silver.Tabor bought the shares of the other two men,and so the mine belonged to him alone.This mine,known as the “Pittsburgh Mine,” made 1 300 000 for Tabor in return for his $17 investment.

Later Tabor bought the Matchless Mine on another barren hillside just outside the town for $117 000.This turned out to be even more fabulous than the Pittsburgh,yielding $35 000 worth of silver per day at one time.Leadville grew.Tabor became its first mayor,and later became lieutenant governor of the state.

1.Leadville got its name for the following reasons EXCEPT.

B.because great deposits of lead is expected to be found there

C.because it could bring good fortune to Tabor

2.The word “grubstake” in paragraph 2 means.

C.to do one’s contribution to the development of the mine

D.to supply miners with food and supplies and in return get a share in the mine,if one was discovered

3.Tabor made his first fortune.

A.by supplying two prospective miners and getting in return a one-third interest in the findings

B.because he was persuaded by the two miners to quit supplying

C.by buying the shares of the other

4. The underlying reason for Tabor’s life career is.

B. based on the analysis of miner’s being very poor and their possibility of discovering profitable mining site

C. through the help from his second wife

D. he planned well and accomplished targets step by step

5.If this passage is the first part of an article,who might be introduced in the following part?

5)Open up most fashion magazines and you will see incredibly thin models with impossible hair and wearing unreasonably expensive, impracticably styled clothes. But shouldn't clothes be comfortably durable and make a principle of being simple for the individual who wears them? Why are we constantly told that we need to buy new clothes and add fresh pieces to our collection?

Fashions change year after year so lots of people can make piles of money. If folks are convinced that they need a different look each season, that this year's sweater's length and shoes style are important, they can be persuaded to buy. The fashion industry would have you ignore your shortcomings and just make you feel beautiful and happy. In fact it is not only a phenomenon we can find in people's dressing.   Fashion controls our lives. Fashion controls what we wear, what we eat, what we drink, the way we cut our hair, the makeup We buy and use, the color of the cars we drive. Fashion even controls our ideas.

You don't believe me? How many. Of your friends are vegetarians? Why are they vegetarians? Because it is fashionable!

Where does fashion come from? Often the reasons are quite logical. Scientists and historians study the fashions of the past and discover the secrets of each fashion.

When girls see an attractive guy, their blood pressure rises and their lips become redder. That's why guys think that girls wearing lipstick are beautiful.   Why do guys shave their heads? In the past soldiers shaved their heads to kill the insects that lived in their hair. Now guys shave their heads so that they look strong and masculine, like soldiers.   People spend a lot of time and money on fashion. But are they wasting their money? Changes in fashion help to develop new technologies. Changes in style create work for people all over the world. Many people work in the fashion industry, particularly in the fashion capitals ofLondon,New York,ParisandMilan.

And finally, fashion makes you feel good, doesn't it? When you are dressed in the latest style, dancing to the most fashionable music, after watching the latest hit film, you feel great, don't you?

1. What's the author's viewpoint about the models and their hairstyles and clothes?

2. It is indicated by the author that clothes should be

A. comfortable and durable.   B. new and fresh.  C. expensive and fashionable.

3. The fashion industry makes profits by

A. selling the products at high prices.  B. creating a need in you.

C. helping you get rid of your shortcomings.  D. making you look more beautiful.

4. The author thinks what has been found about fashions by the scientists and the. historians is

5. The passage mentions the advantages of fashion EXCEPT that

A. it can help promote technological development.

B. it enables people to remain up-to-date.

C. it can create more job opportunities for people.

D. it can make people achieve a great feeling. 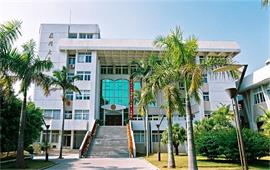 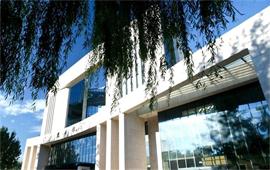